Building a Better Community: Affording the Investment in Affordable Housing

Discussions of housing often focus on affordability and household finances, and for good reason, as housing is typically the single most expensive line item in any household’s budget. However, as any household knows, there is more to a home than its price tag. It is frequently noted that access to affordable housing impacts the health and well-being of individual families. Less well known is the link between affordable housing and the economic health of communities throughout Oregon.

Lack of affordable housing is a serious problem in Oregon. A 2019 statewide survey in Oregon found that 57% of Oregon renters reported being unable to afford their housing costs [1]. Households are considered housing cost-burdened when housing costs represent 30% or more of total income; households paying more than 50% of total income toward housing are considered severely cost-burdened. Data from the US Census Bureau’s American Community Survey (2016) put the share of Oregon renters who are cost burdened at 49.3%, with a full 25% of Oregon renters being severely cost-burdened [2]. Housing affordability is a major economic issue in the Pacific Northwest; lack of housing production is a major factor behind the affordability crisis in Oregon [3].

NeighborWorks Umpqua currently owns and manages over 650 units of affordable housing in Southern Oregon, with plans to add approximately 800 additional units. We have nearly 30 properties in a dozen communities in Southern Oregon, including Roseburg, Port Orford, Coos Bay, North Bend, Winston, and Sutherlin. Unfortunately, our efforts cannot match the lack of affordable housing production projected in our region by a recent housing needs assessment from the office of Oregon Housing and Community Services (OHCS) [4].

In much of rural Oregon, the construction of low-cost housing has not kept pace with population growth over the last two decades. Demand for vacation homes in some parts of rural Oregon has spurred considerable new construction, but this does not address demand for moderately priced workforce housing. Indeed, demand for vacation homes can put further pressure on moderately-priced housing, putting home purchase out of reach for families of modest means, which in turn impacts the rental market. These economic pressures make affordability especially challenging for residents in local communities. They also make it difficult for local businesses to hire and retain workers, resulting in longer commutes for individuals taking these jobs. [5]

Subsidized housing plays a role in improving housing affordability by taking pressure off of rental markets in local communities; research indicates that subsidized housing adds to the total housing stock in local markets, and such housing primarily serves to house individuals that would not otherwise have been able to occupy their own units (thereby reducing overcrowding in rental housing as well). [8]

In a state that relies upon in-migration for economic growth, increasing access to affordable workforce housing spurs business development, job creation and retention, and greater tax generation. Until policy makers at the state level devise the means necessary to spur development of affordable workforce housing, subsidized housing will play a role in supporting this critical market. In the meantime, the question is not whether we can afford to invest in affordable housing, but whether we can afford not to. 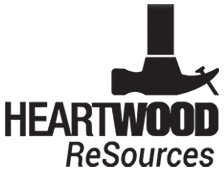